Grade 8 School students got a golden chance to know how they can be more focused in the performance of difficult subjects from Mr. Norman Lacey, the Managing Director & Education Director at Atherton Academies International Pty. Ltd.(Melbourne & Shanghai). He guided the students to be more attentive and to imbibe what the teachers are trying to convey in the regular class rather than noting it down.

He also happily spent time with the Genius Super Kids Section students; interacting with them on general matters-mesmerized by their skills and also honoring them with certificates they had qualified for in the National Psychology Fair! 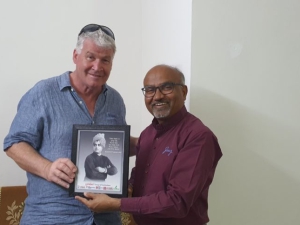 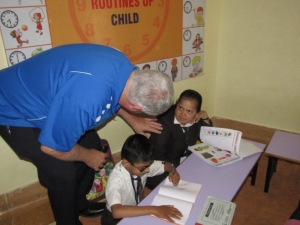 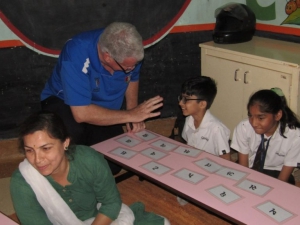 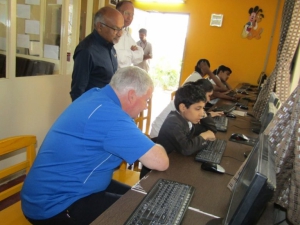 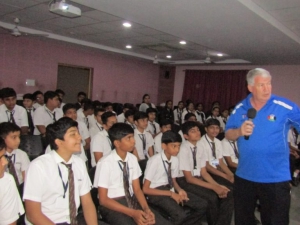 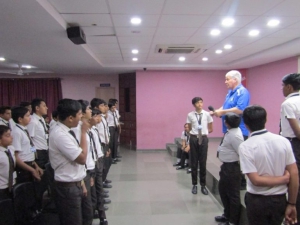 Dr. Rahul Gupta Sir (IAS), Honorable Collector of Rajkot City, specially came to visit Genius Super Kids Section. He discussed about their syllabus, activities, teaching methodology, innovations, and achievements and highly appreciated by saying that “I have never seen such special school anywhere that treats like a normal students and taking them on a higher level.” Also he praised the aim behind this section, our qualified teachers and their teaching techniques along with the best management. Along with City Collector, Shri Pareshbhai Gajera – President of Rajkot Builders Association, Shri Rameshbhai Tilala – President of Shapar – Veraval Industrial Association, Shri Mansukhbhai Pan – Leading Industrialist, Shri Bharatbhai Patel – M.D. of Shipan Builders remained present. 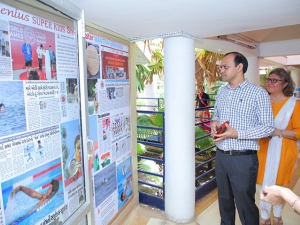 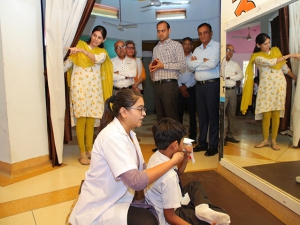 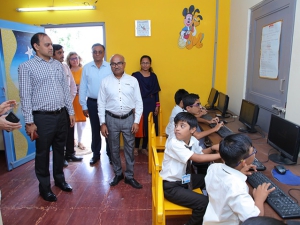 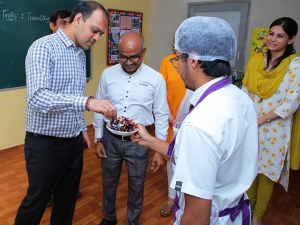 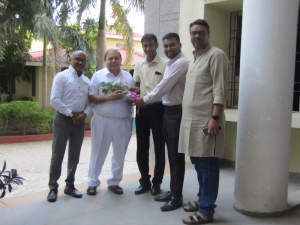 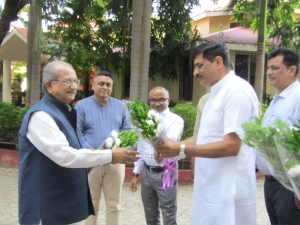 Rajkotians have took up the charge of making their own Rajkot-a Smart City. As a part of this initiative, a project named Chitranagarihas been developed. Genius Group feels proud to be a part of this initiative. This time, on 27th March, Chitranagari was held at Genius School campus. Approx 150 drawings based on different themes and concept combinations. To encourage the participants, whole Tarak Mehta team visited the campus. The initiators of Rajkot Smart City Mission-Shri Jitubhai Gotecha, Shri Jagdishbhai Ganatra & Shri Manishbhai Chhapiya alongwith the characters of Tarak Mehta team Shri Asitbhai Modi(Producer & Director), Shr Ghanshyambhai Nayak (Natukaka), Shri Tanmay Vekaria(Bagheshwar), Shri Mayur Vakani (Sundarlal) and Shri Sharadbhai Sankla (Abdul) joined by the Chairman of Genius Group of Schools-Shri D V Mehta attended a press conference too. The students, academic, non-academic and sub-ordinate staff of Genius School and Jay International School took part in this event. 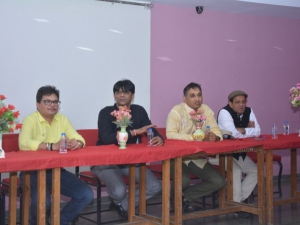 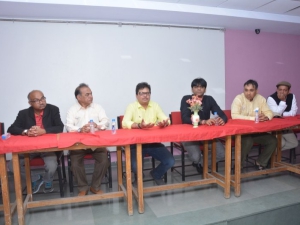 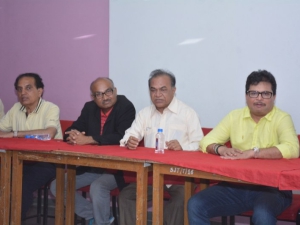 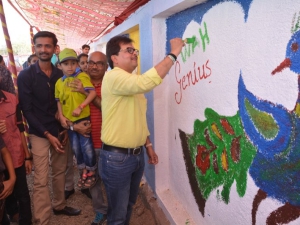 Mr. Kashyap Mankad – Former General Director, I.S.R.O. was invited to take a special seminar at our school to give an idea about SPACE to our 9th to 12th Grade students. Mr. Mankad has also represented India as the Member on Expert Team ON Satellite Systems, UNO-WMO, Geneva. As Mr. Mankad was a part of M.O.M. (Mars Orbiter Mission) so he shared about the actual scenario and about decision making skills. Mr. Mankad showed he shared about the actual scenario and about decision making skills. The session was so interesting that our students asked so many questions like ‘Why are Satellites covered with golden foil?’ How does the control room remain connected with the Satellite sent? What is MOM doing at this particular moment? What happens to the launch vehicle once it detaches from the Satellite? What was the main purpose of MOM? Why only Mars planet was chosen? And that’s how this session turned out to be interactive along with informative! 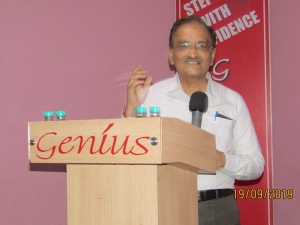 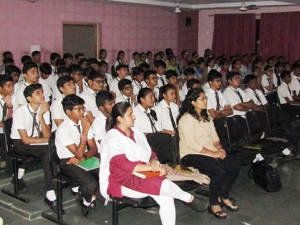 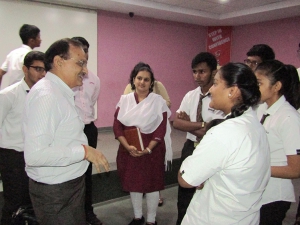